The Eagle has landed! 3D printing in Prague Planetarium

In this Prusa Story, we are both going to the frontier of outer space and staying right in our neighborhood 🙂 How is that possible? Well, we visited the Prague Planetarium, which is located within walking distance from the Prusa factory.

In the basement, they have four Original Prusa 3D printers, which they use mainly to create various interesting items for their exhibits. They print all sorts of small artifacts, like spacecraft scale models or astronaut’s helmets. However, there are also two epic, life-sized projects built from scratch. 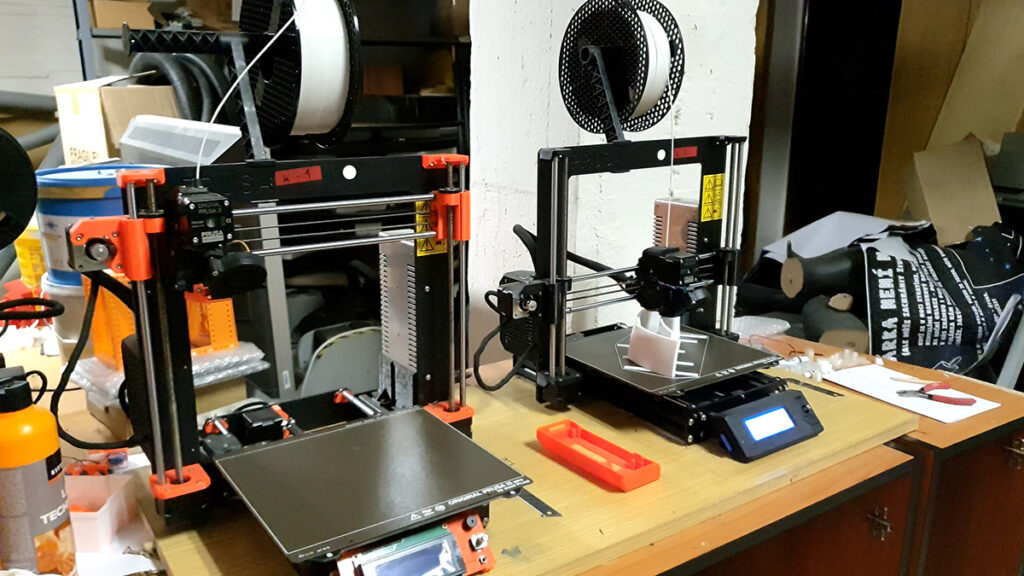 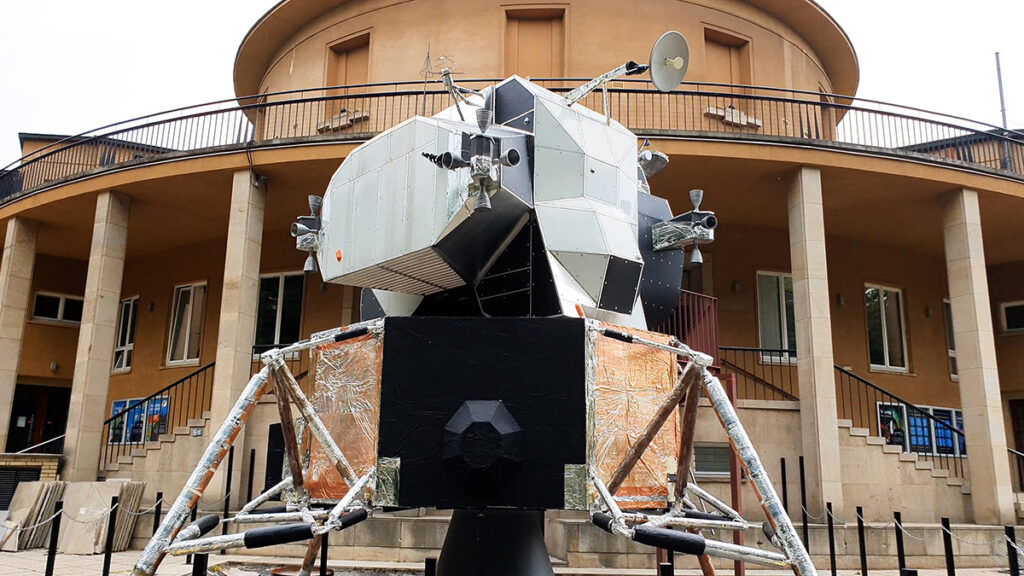 One of them is the legendary lunar module Eagle, the vessel of the first human landing on the Moon. Originally intended to be just a very temporary exhibit, it stands proudly in front of the planetarium building for more than two years already. It has been enduring the weather, curious visitors, and also raids by magpies, who use the shiny aluminum foil and other bits pecked off the module surface to build their cosmic nests in the surrounding park. 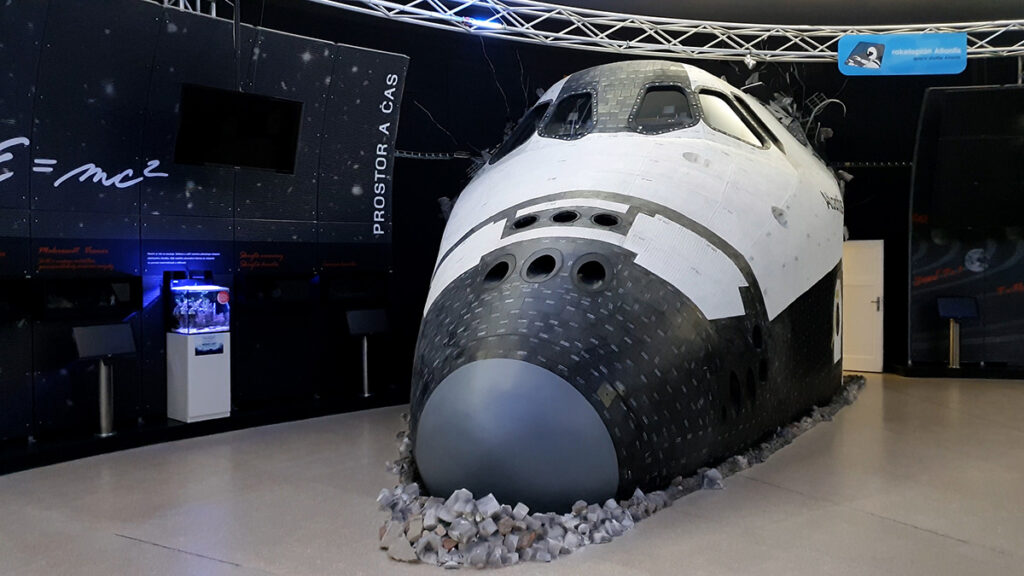 The other, recently finished project, is a centerpiece of the planetarium main hall: the front section of the Atlantis space shuttle.

Both spacecraft have fully furnished cockpits that are accessible to the public. 3D printed parts were used to a large extent – in the interior, there are printed control panels, knobs, levers, and other cockpit equipment. 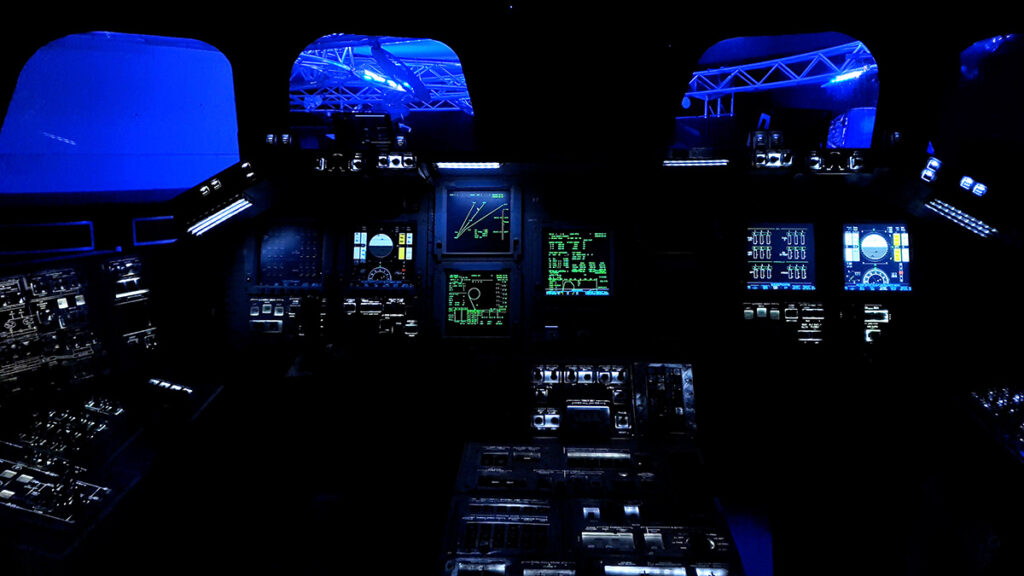 Sometimes, 3D printing is combined with other methods. For instance, control panels and dials are printed as a two-color (or transparent-opaque) sandwich and the writings are then machine engraved onto them. 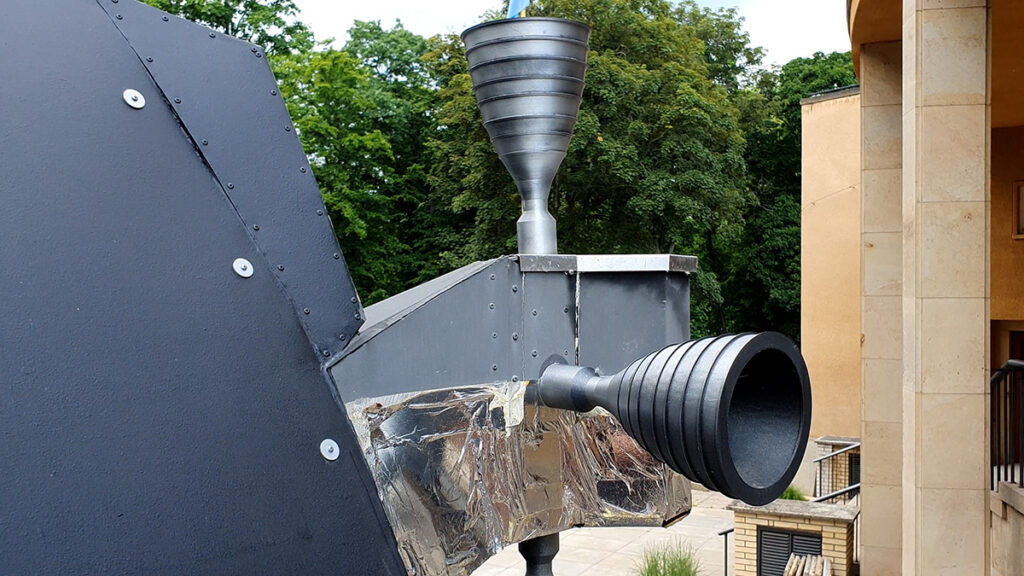 On the exterior of the Eagle, there are those characteristic thruster cones, made of PLA.

Surprisingly, the material proved to be reasonably suitable even for outdoor use. The thrusters deform a bit over time and sometimes have to be replaced, but the longevity is much better than expected. 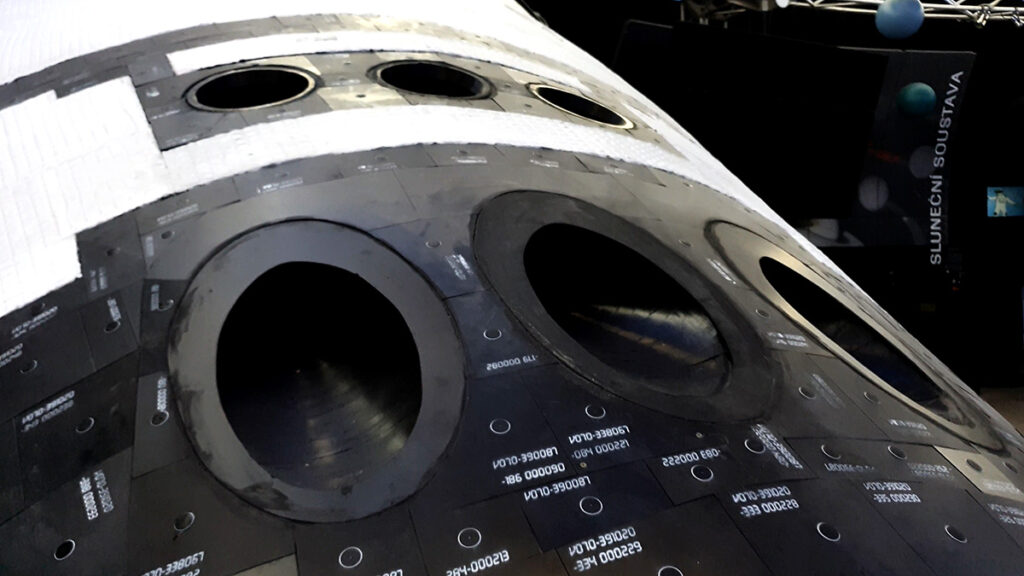 On the surface of the Atlantis fuselage, there are several thruster vents. For such peculiar curved shapes, 3D printing technology is second to none. Mr. Brodil, the lead modeler responsible for these projects, explains:

“Everything else can be made with more old-fashioned modeling methods. But these shapes are so specific that 3D printing is basically the only viable option. Bending them from sheet metal or whatever would take months and probably would yield a barely passable result anyway.” 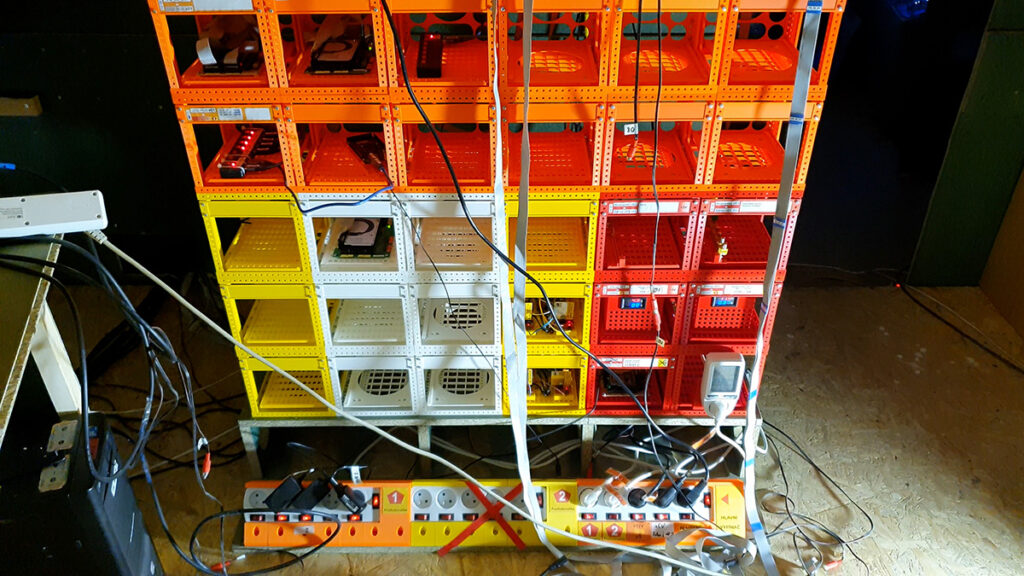 Apart from the exhibit purposes, the 3D printers help with practical things as well: from usual minor stuff, like extension cable holders, to a rather impressive modular server rack. 3D printing is simply omnipresent here. As it is often considered a space technology, where else would it fit more, anyway? 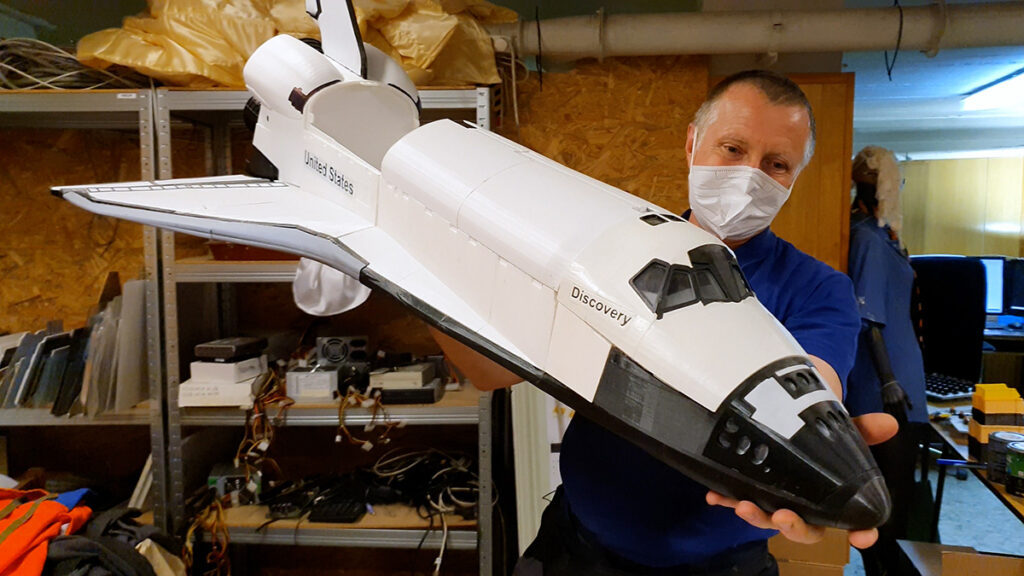 3D printing might be perceived as something completely regular for the younger among us. However, some of us prefer to keep our healthy sense of wonder. Mr. Brodil, as a science-fiction veteran, says jokingly:  “Do you realize this is basically like the replicator? For me, this is Star Trek coming. And I would never have imagined this would be possible one day.”

One Reply to “The Eagle has landed! 3D printing in Prague Planetarium“