Hi everyone, I know you’ve been waiting for news about the XL for quite some time and we’re sorry we’re overdue! We have made substantial progress on the XL in the past few months and now we’re wrapping up the hardware development of the XL and focusing on finishing the firmware. 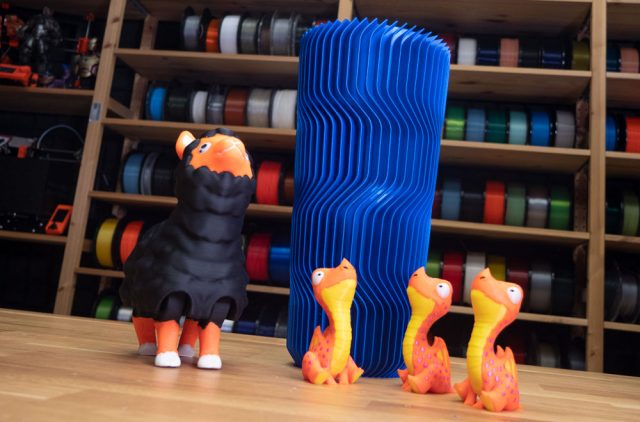 Unfortunately, both the testing and upcoming production are heavily affected by the current state of the market. Sourcing parts right now is incredibly difficult. We are struggling to find parts for our testing units, let alone suppliers we can rely on when we ramp up into full production. We tried to be one step ahead and even secured our own SMT manufacturing line so we wouldn’t be so dependent on external suppliers, but the availability of electronic components still limits us. We went as far as redesigning the entire electronics of the XL because some components (which used to be very common) were suddenly no longer available – this was described already in the previous dev diary.

Now, for obvious reasons, I can’t list all specific part numbers we’re having trouble with, but I don’t want to be too vague either. The XL uses plenty of Hall sensors, 1-wire serial EEPROM chips, and STM32 chips just to name a few we’re having trouble with. Traditional suppliers are dry and when you go to AliExpress or similar websites you will probably find out that there are sellers that have literally hundreds of thousands of these components – so where’s the problem? Once you contact the supplier, you’ll probably hear something like “Sorry, we just checked and the number on the website is not correct, we have only a few thousand units.” and the lead time will be somewhere between 1-2 years. Some suppliers will attempt to send you low-quality knock-offs which is a huge issue. For us, it means we have to check everything thoroughly, Xray the components or decap (disassemble) the chips to see whether we’re getting genuine parts. I think it goes without saying that we don’t want to use any clones either (GD32 vs STM32) because while they may look good on paper, the reality is often vastly different. These clones may be fine in a cheap DIY controller for an LED strip, but definitely not in a machine like this.

We’re using multiple sourcing agents to get the required parts. The situation is so dire and there are so few batches that it actually happened more than once that they kept bidding on the same batch of parts and kept outbidding each other.

So in all seriousness, if you have some magical sourcing powers, do let us know!

Long story short: we are facing major manufacturing setbacks due to the unavailability of key components. We’re constantly looking for new options and new suppliers, but the truth is that we need to postpone the start of production. Just a few months ago everything looked like the production could start by the end of September. With the current delivery dates for required components, we’re looking at the beginning of December. If we’ll get everything in time, we can send the first batch (a couple of hundred units) at the turn of the year.

Due to the unavailability of major components, it may take us up to 6 months to fulfill day-1 preorders. I understand that this is going to be a letdown for many of you. We will publish more regular updates to keep you on track with our progress.

How about some good news, though? Since the last published dev diary, the team made significant progress on the hardware and there are some new things we haven’t shown anywhere yet. There were some necessary changes to the XL to increase the printing quality and overall reliability. Even with the toolchanger, advanced electronics, new sensors, and reworked extruder, the XL will still be a fairly straightforward machine that will be easy to maintain. Everything will be nicely accessible and ready for your mods and DIY hacks.

Plus, we’re using the extra time to fine-tune the firmware – the electronic boards in the XL are full of various sensors which allow us to monitor the machine in ways that weren’t possible before. Let me give you a little sneak peek at the new changes.

When we announced the XL, it featured a cycloid gearbox which provided great results. Eventually, producing it in large quantities with the required level of quality proved to be too difficult as there would be a massive amount of scrap. However, we ran the development of another solution in parallel – a planetary gearbox. It has very similar characteristics but the production is much less demanding and the printing quality has actually improved (more consistent extrusion).

The new planetary gearbox has a 1:10 gear ratio and while there’s a negligible backlash present, it doesn’t affect the quality of the print because it is consistent and we can compensate for it in the firmware easily. Each print head now features an accelerometer so we can see perfectly how it moves and vibrates (great for tuning the speeds) and we have recently replaced the previously shown X/Y axis motors with stronger and faster models. We are still adjusting the parameters to find the perfect balance between speed and quality. 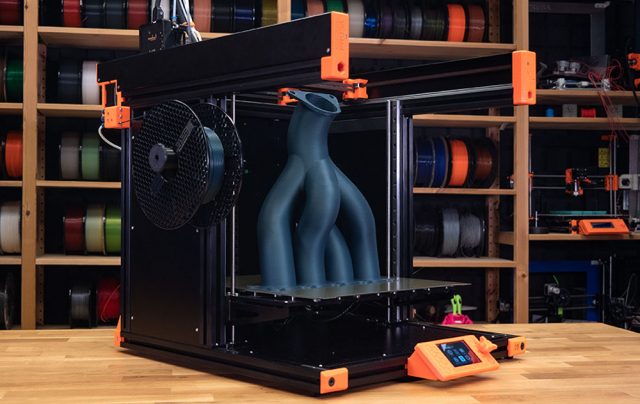 As I wrote previously, we’re not looking to set any crazy records – but I’m not saying that “speed does not matter” either! The point is that the mechanical properties of these super-fast prints are very poor and they are usually nothing more than showcase prints because at ultra-high speeds, the layers adhere very poorly. So, speed does matter (especially with huge prints) and the XL will be significantly faster than our current line-up, but not at the expense of quality and mechanical properties/functionality.

The switch to the planetary gearbox is a rather recent change, so once we fine-tune it to perfection, we’ll be ready to share some numbers and show the printing speed on video.

One of the key components that will greatly affect the speed is also a high-flow nozzle, which will be available at release (we’ll share more details later).

The new segmented heatbed was extensively described in the original announcement text, so I won’t go into too much detail here. Basically, what we have is a set of special heatbed tiles with gaps between them, this is to prevent warping and also to make the heat-up process (and temperature control) more efficient. 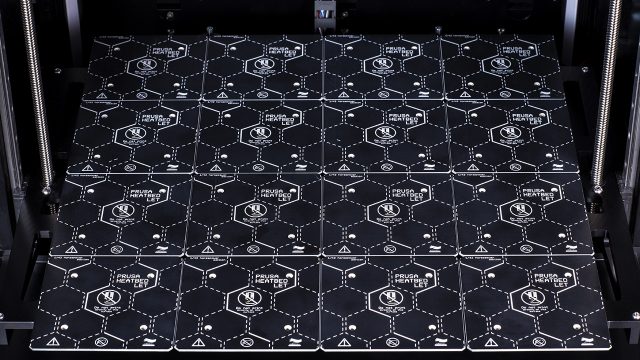 The XL uses a matrix of 4×4 tiles, each individually controlled by a special heatbed motherboard. However, with a larger number of individual parts (heatbeds), there’s an increased risk that some produced units won’t meet the required specifications and could end up as scrap. We need all tiles to operate the same way – so they reach the same temperature in a nearly identical time. The printer knows precisely what is the power output of every tile because all of them are checked and measured by the heatbed motherboard. To eliminate potential differences in each of the tiles, we took an extra step and improved their specs. They are now more powerful and they can heat up faster than the heatbed on a MINI or MK3S+. So even if there are some units that are slightly less powerful than the rest, they can still meet the requirements easily.

Even with all the optimizations in place (such as checkerboard-style heating), the XL requires more juice than its smaller siblings. The PSU is one of the last things we need to decide on in the upcoming days and it’s one of the things affected by supply chain issues: we can either use a set of 2 or 3 smaller PSUs with lower wattage or go with a single 1kW power supply. It all depends on the availability. 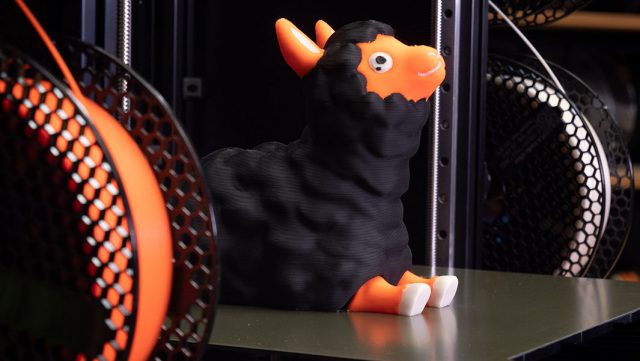 We’re also working on a full enclosure for the XL. Depending on the situation and measured temperatures, we may consider active temperature controls (with a built-in fan), but nothing is set in stone right now. We also need to consider the space required for the toolheads and PTFE tubes before we release real details. We’ll show more once the design is closer to the final stage.

The firmware team had to rewrite a major part of the code to make the software compatible with upgraded electronics which cost us some precious time, but we’re back on track.

The segmented heatbed is fully operational and the way it works is incredibly cool. It has its own electronics board and it takes care of managing all the individual tiles. PrusaSlicer now includes the bounding box of the print in the G-code. So the main CPU simply tells the heatbed what it wants to print and it decides on its own which tiles it needs to preheat, saving energy. It can even move the print to an ideal location (e.g. a corner for less warping), unless the user decides to override this behavior. Of course, the Mesh Bed Leveling is performed only in the print area, not across the entire heatbed, significantly shortening the preprint routine for smaller prints. 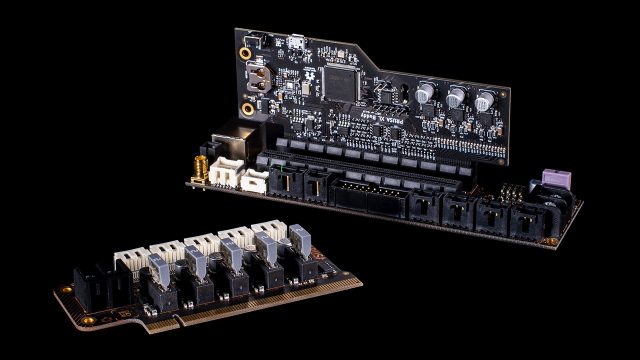 The XL is very different from the rest of our lineup, but we want to make sure that it’s no more complicated to operate than the MINI or the MK3S+. So even though the printer requires several electronic boards to operate, each with its own firmware, you’ll be able to flash everything at once from the menu.

Right now, the main focus is on perfecting the Mesh Bed Leveling routine and finalizing the code for the updated Nextruder with planetary gearbox. Also, the toolchanger will receive a major speed improvement – we’re currently testing a new update that allows us to push the toolchange time from 10 seconds to around 3-4 seconds. Here’s a little sneak peek, but keep in mind that this is a work-in-progress version, not a production machine. The final speed will be probably different.

We’ll share more details about the XL soon. I’m fully aware that the last dev diary / update was released several months ago, so I want to make sure the next one comes much faster. We still have a lot of things to show: printing speed, soluble supports, and I want to share more details from the development with you. We’re running late and you absolutely deserve more information about what’s going on. The same goes for pre-orders: we’re aware of the issues with preorder refunds and we have already fixed the issue – we’re sorry for the inconvenience!

Right now, we’re about to start building a batch of nearly one hundred XL 3D printers so the internal beta testing can run at full speed. All the major components for the manufacturing should start arriving in the upcoming weeks and months/years – at this point, we’re basically waiting for our suppliers to fulfill the orders we have placed in previous months. We will also update the shipping table and share it with you.

Thank you for your patience and stay tuned for more updates!