Original Prusa i3 MK3 is out! And it’s bloody smart!

It has not been that long ago since we released Original Prusa i3 MK2S and some speculate that we can go for a year without another major release. However, MK2S was just a reliability upgrade and in fact MK2 is around for almost a year and a half. And we just can’t simply manage to hide the new technologies we have developed for any longer. Our urge to push the printer technology forward is just too strong 🙂

So let me introduce you to our newest addition to the Prusa Research machine lineup, the Original Prusa i3 MK3 (⊙.⊙(⊙ₒ☉)⊙.⊙) It looks very familiar, but basically all the parts are new and improved. Don’t be deceived by the familiar look! Let’s take a dive into all the crazy features we achieved.

What I am the proudest about is the fact that MK3 is bloody smart! I repeatedly said that print quality for FDM is peaking, especially with our MK2 holding the top ranks everywhere for over a year, and now we just need to make the technology more digestible for casual users. To do this we added plethora of sensors which can help the printer either guide the user or prevent failed prints. 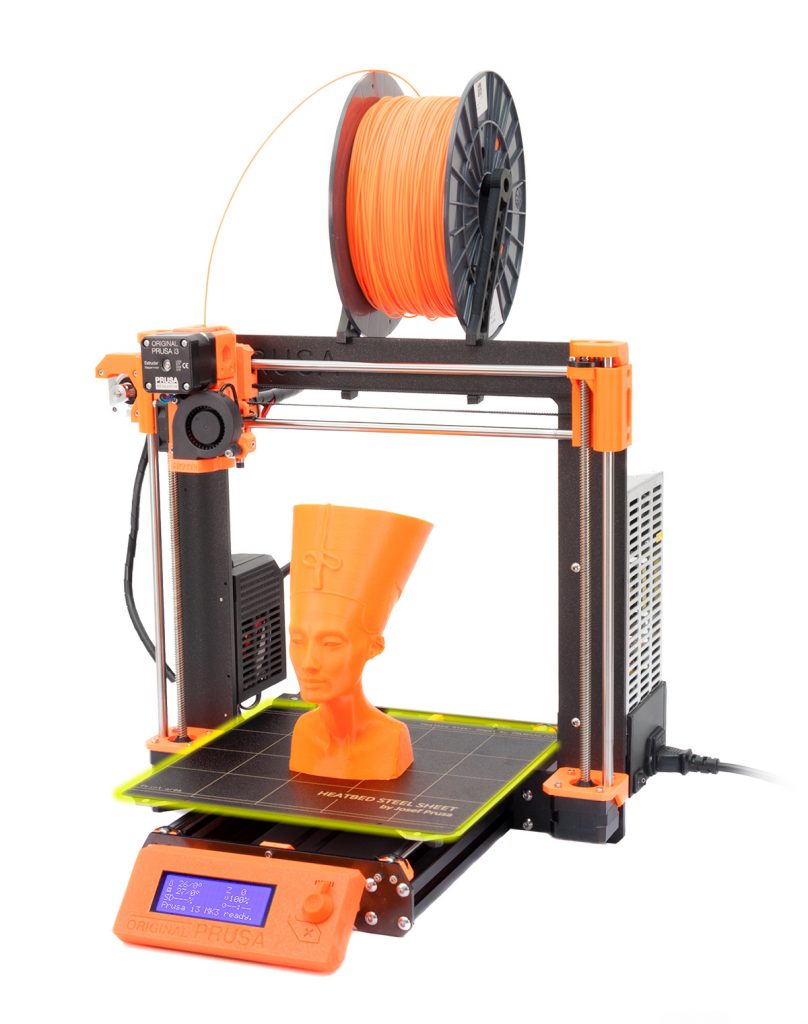 Filament sensor is one of the technologies which will be and should be present on all new 3D printers. There are many ways how to detect a filament, for example, a mechanical switch or an optical switch, but we chose LASERS. Our optical filament encoder not only detects the presence of a filament, but also its movement. This means we can detect running out of the filament, pause the print and ask the user to insert a new spool. That is pretty basic. But we can also detect stuck filament and offer the user a cold pull to clean the nozzle and continue the print. We also have a second way to detect a jammed nozzle, but more on that later. Little added convenience is the filament auto loading. When the new filament is inserted, printer detects it, offers a preheat and then finally loads it into the hotend. 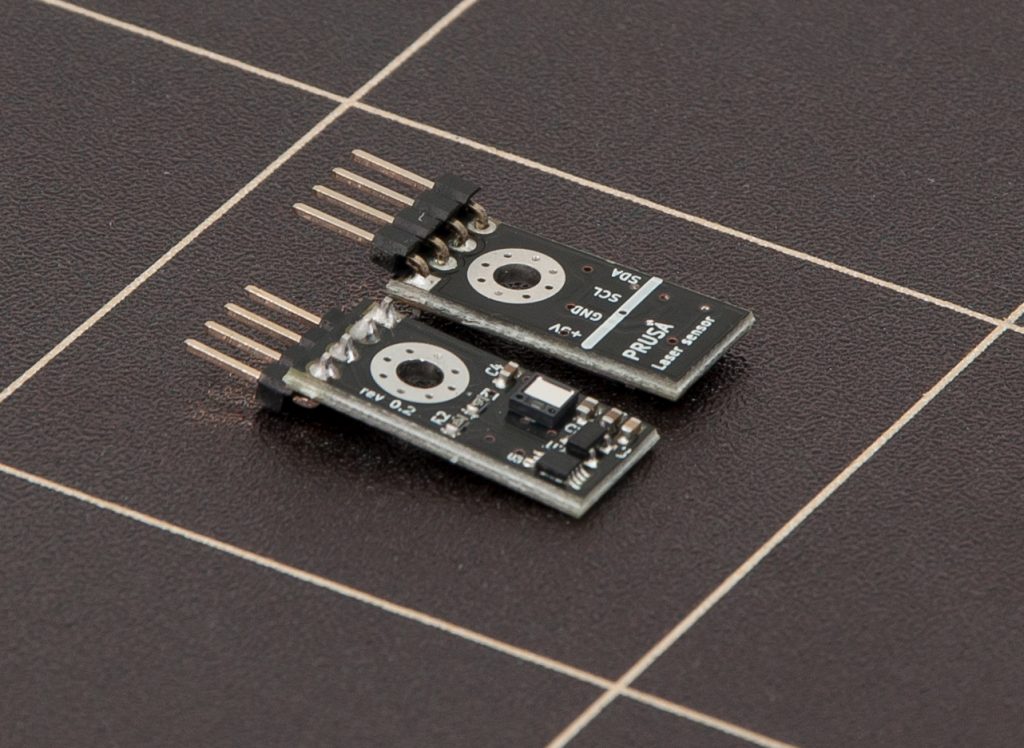 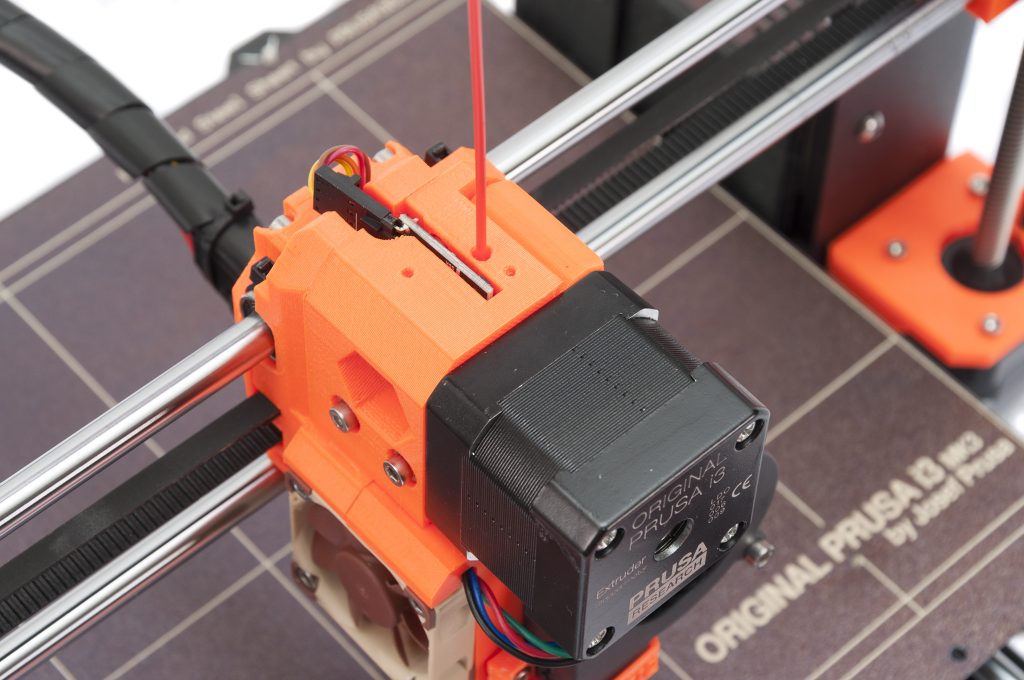 Another amazing upgrade is Power Panic. Did you ever accidentally tripped over your extension cord and lost a 20-hour print? MK3 will save you! The printer can fully recover from a complete loss of power. The coolest part is, it is done without batteries. A special sensor detects mains voltage and in case of interruption, it immediately shuts down the heatbed and extruder heating leaving enough power in capacitors to store the position and park the print head away from print. We never saw a solution as clever as this 🙂

Again to increase the reliability of the printer, we added sensors to the cooling fans. We often had a case of an extruder cooling getting stuck with a rough piece of filament and nozzle overheated. So both fans can now measure RPMs and notify a user about the problem. Oh, and did I mention we partnered with Noctua so the nozzle cooling fan will be inaudible real deal Noctua? 😉 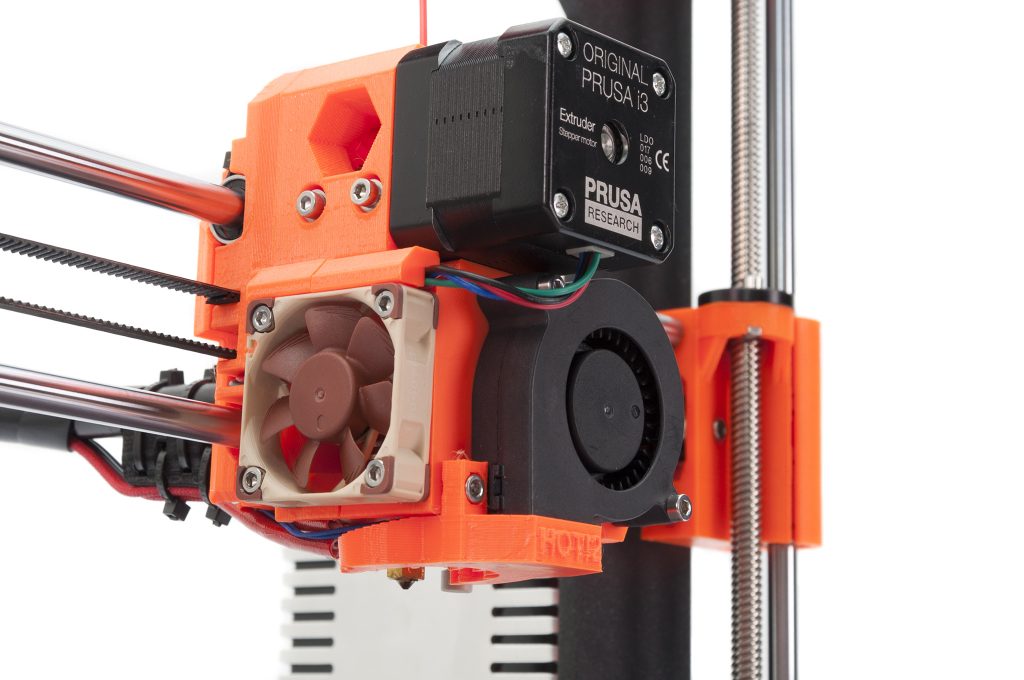 Ambient thermistor and P.I.N.D.A 2 with a thermistor

A normal single-head printer usually comes with two thermistors. One in the extruder and one on the heatbed. We have two more increasing the total to 4 and both are there for a very good reason. One is measuring ambient temperature on the electronics. This helps us prevent non intended MINTEMP errors when starting a print in areas with 15°C or less (yes some people do that and previously had to use a hairdryer to warm the printer up). It also detects a board or connector failure! The second one is embedded in the P.I.N.D.A. 2 probe tip. Normal induction sensors have a temperature drift, meaning that different temperatures might cause the probe to trigger at a different height. Now we can compensate for it, so you can leave the printer preheated for hours and the first layer will always be spot on! 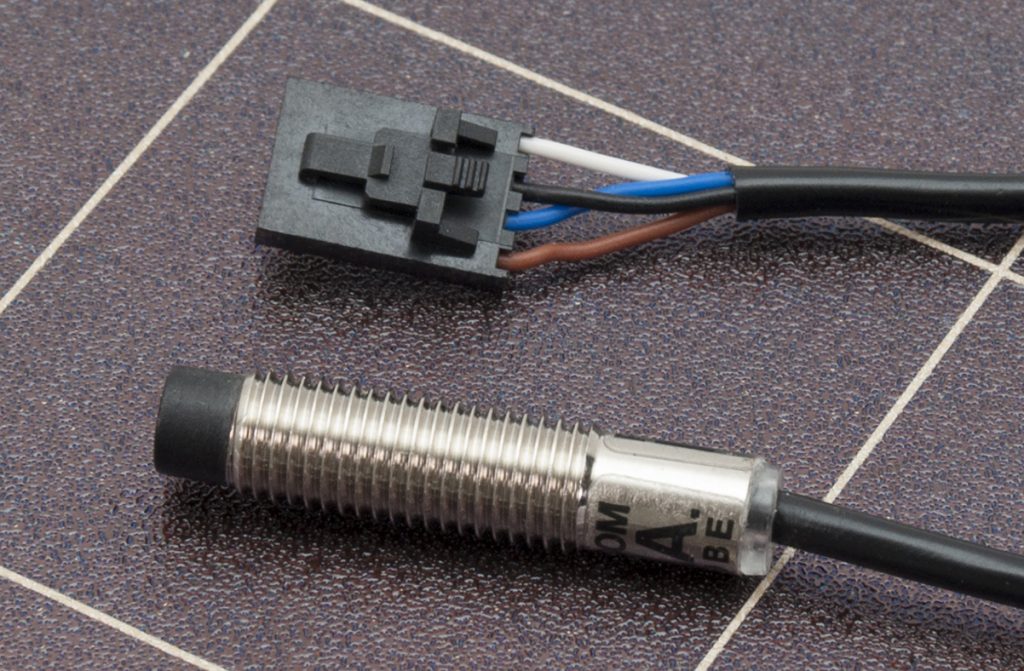 P.I.N.D.A. 2 sensor with additional wire for an embedded thermistor.

We co-developed the new EINSY (named after Einstein) RAMBo motherboard together with Ultimachine and I can tell you, it is the most advanced 3D printer board out there. It still has many tricks up its sleeve. A neat trick is the monitoring of power, this enables us to detect blown fuses, very important for debugging with our KIT builders. But that is just showing off, I have one more big thing. It features TRINAMIC drivers! Not in a way you know from silent StepStick drivers though. This time, it is the proper way with all the features enabled and accessible through SPI. We had to switch to 24V to get the right amount of juice from the motors and the heatbed, unfortunately greatly complicating printer upgrades.

Trinamic2130 drivers with absurd 256 microstepping, when properly tuned (Trinamic itself is working with us), are extremely quiet. So quiet we had to upgrade to Noctua fan not to introduce more noise 😀 At least in silent mode. In normal mode, which is still quieter than 99% of the available printers, they can also detect lost steps. This has big implications, the printer can detect shifted layers, rehome and continue the print without a problem! In this mode, faster print speed is also possible at 200+mm/s. MK2S topped at around 100mm/s before, still pretty fast but slower… The Extruder motor can detect a jammed extruder as I hinted before. X and Y axes can home without endstop switches, removing few parts which can fail or be poorly mounted with KIT assembly. 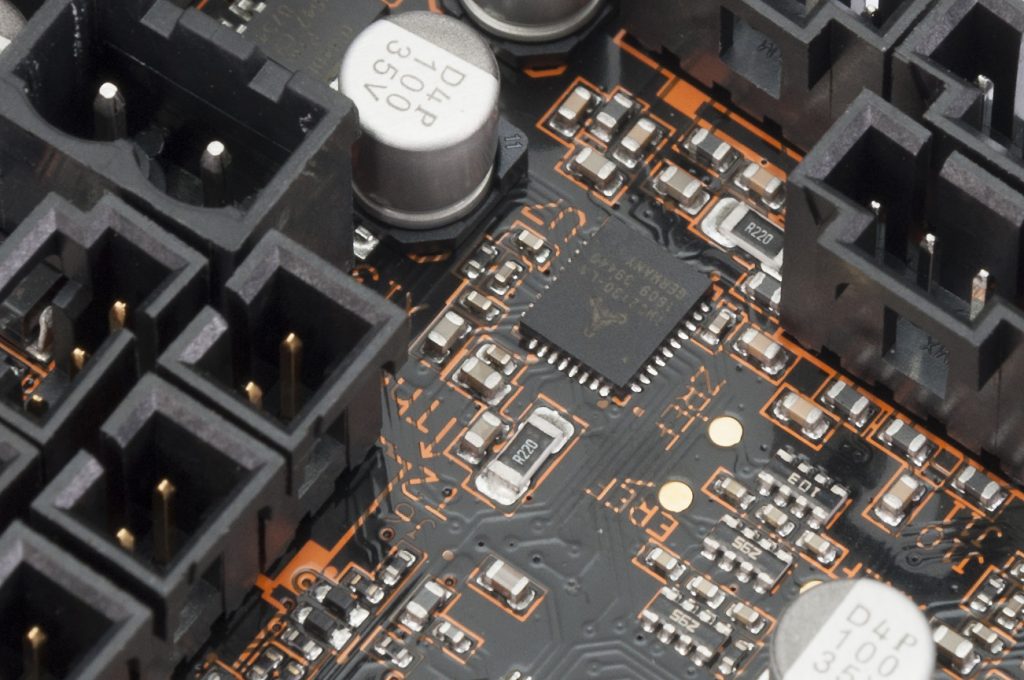 This is a quite extensive list of electronics upgrades. But we are only halfway through the post, we have hardware updates too.

The most wanted feature was an improved frame rigidity. We are now introducing the reworked Y axis from aluminium extrusion. It provides the same rigidity as some other printers, while providing the sleek look of our milled Dural frame. The frame is also optimized to add 10mm of Z height totaling at 210mm. 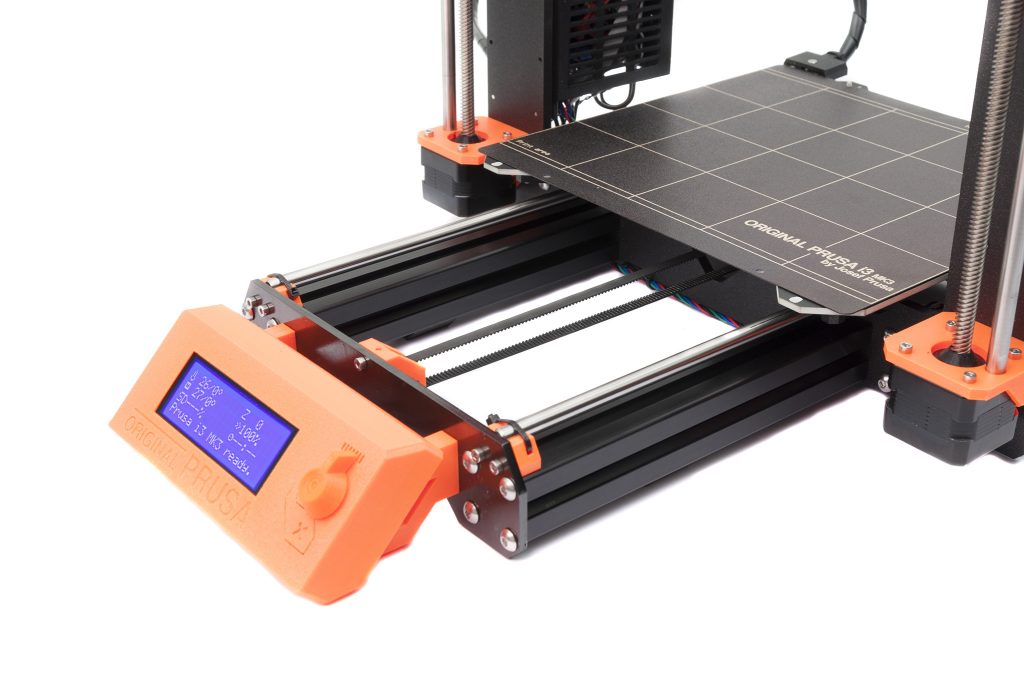 The extruder is now upgraded to a genuine Bondtech drive gear. We are using the same on our Multi Material upgrade and we fell in love so much, we had to include it here too. It grips the filament from both sides, increasing the push force of the filament and making it more reliable, especially for flexible filaments. When we are at the extruder, print cooling fan now cools part from two sides, increasing the overhang performance. 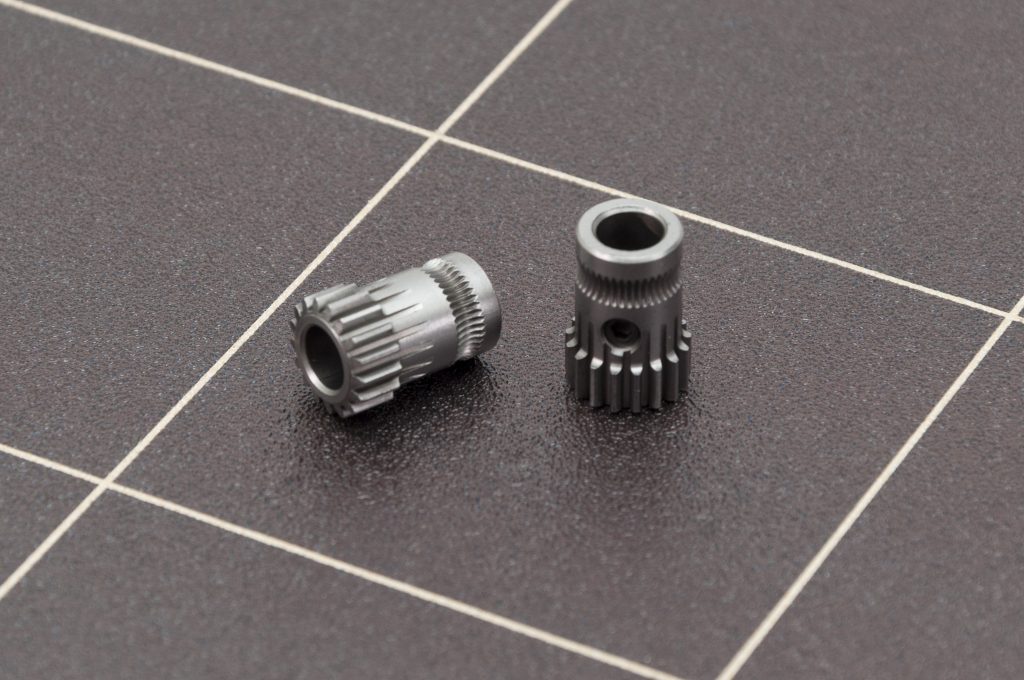 Now we are finally getting to the biggest highlight of the MK3. Our MK42 HeatBed received a lot of praise, with PEI surface covering almost all 3D printable materials. How to make it better? Making it removable and tougher seemed like the next step. This was the hardest and longest development in Prusa Research history. The new MK52 Magnetic HeatBed has embedded high curie temperature magnets inside. These hold special alloy spring steel sheets powder coated with PEI. The problem was, that powder coating of PEI hasn’t been invented yet 😀 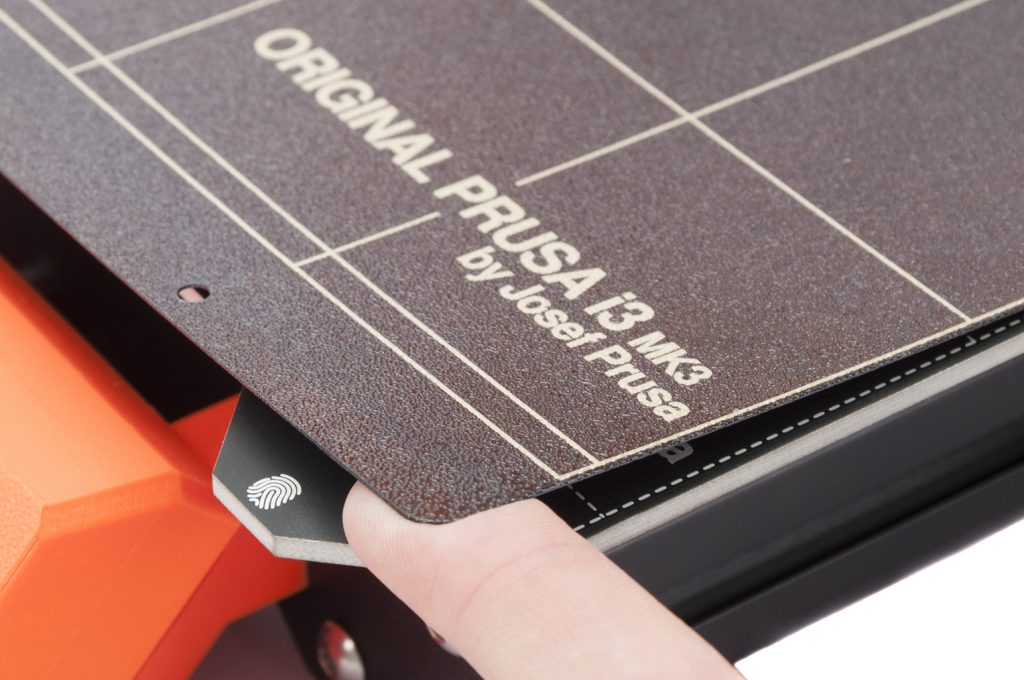 With PEI directly on metal, we removed the weak spot of the 3M glue. When you crash the nozzle into it, metal can dissipate the heat and prevent the surface damage. Warping of materials like ABS also does not introduce bubbles like on the previous generation. New steel sheets are also incredibly easy to replace even between the prints. The surface of the sheet is slightly rougher, causing matte finish on the bottom of the printed parts. Since we used it on our farm (almost 300 printers nowadays), it received a universal praise. As the sheet cools down, parts pop off by themselves and little stubborn ones can be removed by taking it out and simply flexing the sheet. 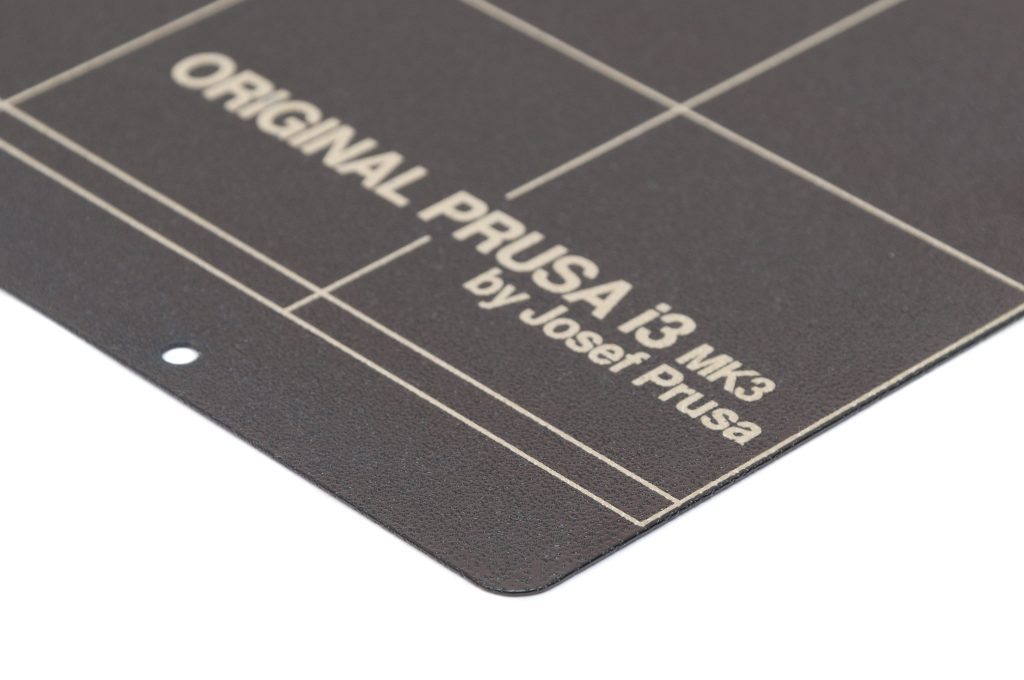 Being smart and easy to use is the main motto of the Mark3. The print quality of MK2 was setting new standards since the release and it is improved here too.

Let’s talk upgradability now. We have over 30 000 MK2s in the wild now. We’ve been offering upgrades to the latest version in the past. Everyone who bought our Prusa i3 2.85mm could upgrade to MK1, then to MK2 and then to MK2S. Do you know any other company that would care so much about their products?

Unfortunately, a full upgrade is not possible (and we have really discussed this extensively) due to the new frame and switching to 24V. We tried really hard, but basically, all parts would end up replaced.

UPDATE (10/19/2017): You have asked for it, and we have always listened. Even though almost all the components are needed to be replaced, it will be possible to upgrade from MK2/S to MK3. Unfortunately, the price is not very upgrade-friendly and you could practically build a second MK2 from the leftovers. But you have the option, and that’s important.

If you don’t need a full MK3 upgrade, we have the second best option for you – the MK2.5 upgrade. It gives you the best features of magnetic bed with spring steel sheet, whole new extruder head with Bondtech and Noctua fan goodness and also the P.I.N.D.A. 2 bed leveling sensor and filament sensor. The retail MK2 to MK2.5 upgrade price is $199. If MK2S was bought during the last 30 days before this release, it is just $99. If you bought MK2/S before, ever, it will be $149 for you. I know it’s a really great deal but the magnetic heatbed and the extruder improvements are extremely useful and we want to spread them rapidly.

UPDATE (10/19/2017): We have sent all discount vouchers on October 18 2017. If you believe that you should receive voucher and you didn’t, please, check your spam folder before contacting our support.

Multi Material will be available shortly after the MK3 starts shipping with a slight upgrade, by including filament sensors for all 4 extruders, increasing the reliability immensely. But the MK2 version will be supported too. The filament sensors will also be available on the e-shop separately.

P.S. New EINSY RAMBo board has a special accessory header for connecting Raspberry Pi Zero W. All fits inside standard motherboard case and power is provided to the board. Adding OctoPrint to your printer was never easier. We plan to provide special distribution to let you connect to wifi from the printer LCD interface. 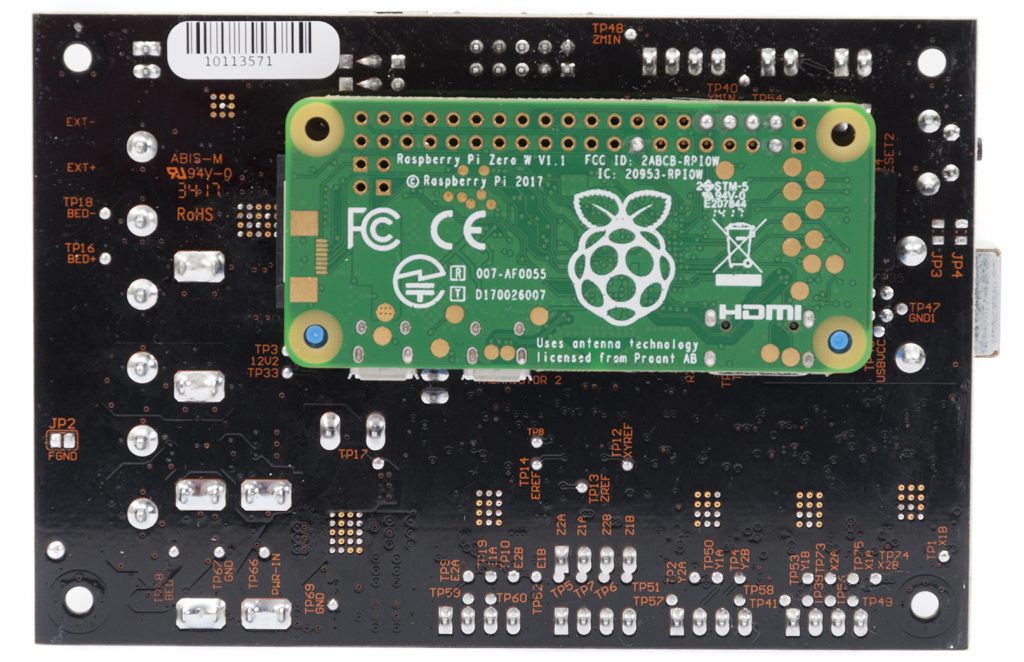